I recently had the pleasure of travelling on Rovos Rail from Cape Town to Pretoria in South Africa.  I had always wanted to experience a journey on a luxury train, and this did not disappoint.

The journey started with the checkin in Cape Town, with champagne and canapes upon arrival, followed by an introduction presented by Mr Rohan Voss himself.  We were then escorted to the train by our cabin steward, and after a quick unpack, we headed to the rear of the train when the train departed the station.

Our cabin was Twin Share, although there are also Double Bed cabins, and various other suites were available.  We had ample closet space to store our clothing for the two night journey, as well as space under the bed and on a large shelf above the bed for suitcases.  The bathroom, although small, had a good size shower, toilet and basin, as well as another closet for clothing storage.

There were two Dining Carriages, a Lounge Area, small shop, and a Bar Carriage with an open area platform at the rear of the train, where the passengers met to socialize.

We travelled through a diverse countryside, including the winelands of the Cape Region, the Spectacular Mountain Ranges and onto the vast baron lands of the Great Karoo.  Along the way we had two stops, the historic village of Matjiesfontein, and the mining town of Kimberley.  We had an off train excursion to the Diamond Mine Museum, which included ‘The Big Hole’.

The dining on the train included 4 to 5 course Lunches and Dinners, with all courses paired with local wines.  Breakfast included a continental table as well as an A La Carte meal.  You certainly don’t go hungry!

At the end of the trip, we arrived into the Rovos Private Station, and was greeted by Mr Rohan Voss personally as we disembarked the train.  Overall, this was a truly wonderful train journey, at times taking you back to life as it was lived a hundred years ago. 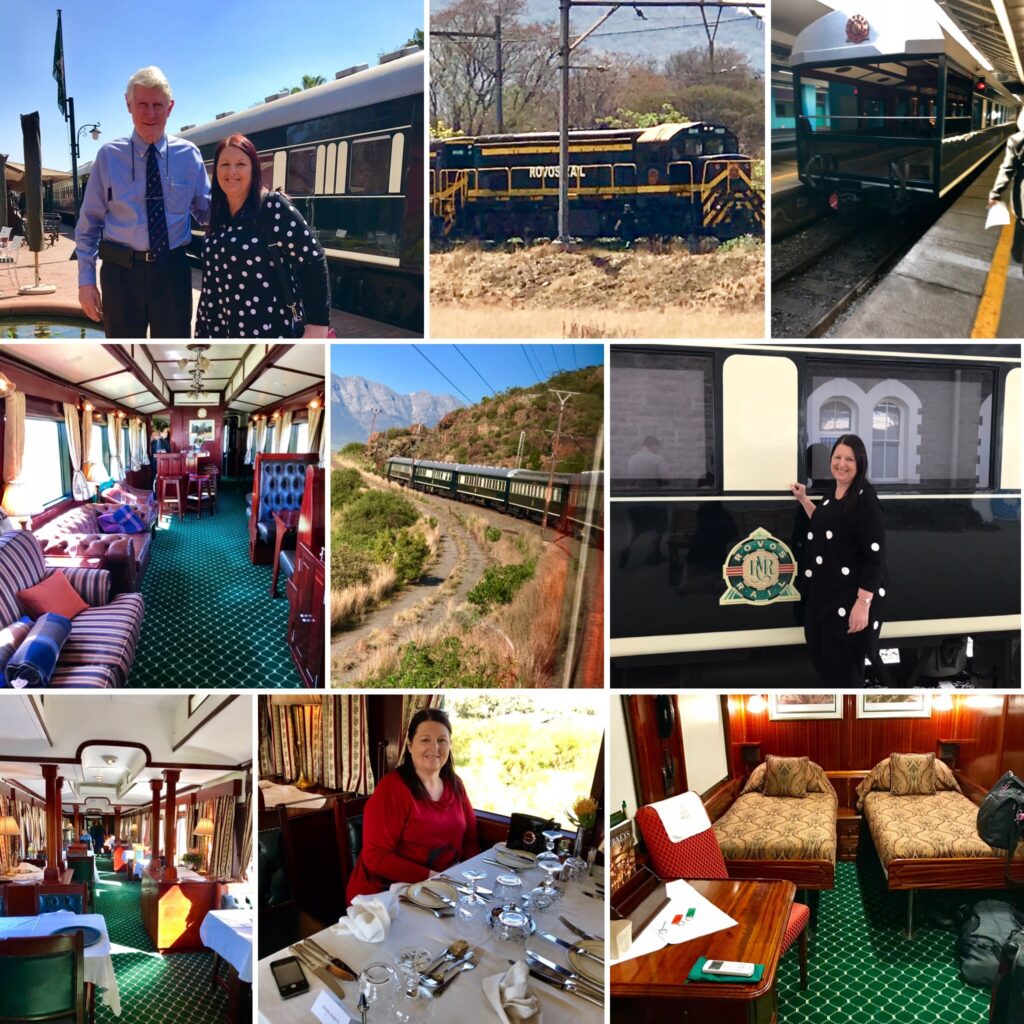